2016: Where next for the Spanish property market?

Predictions are dangerous in a country whose turbulent property market has become legendary. Kyero is now in a position to at least try and while Spain has some tough years behind it, we think there are good reasons to be cheerful.

The Spanish property market has always been opaque so in August this year Kyero started a research project to gather together diverse sources of market information and try to make sense of them all in one place.

Much of what we have compiled is now freely available at www.kyero.com/data

The national headline numbers may be familiar to you but what’s different is our ability to quickly break down and compare market activity across regions and provinces in Spain. The variations can be stark.

The property data we’ve found most interesting is not price related – in fact price data can be the least reliable. A much better indicator of market health is transaction activity: How many people are actually buying and selling in Spain?

There have been some large headline rises in activity which has inevitably resulted in some talk of a new property bubble looming. To take one example the latest data on mortgage approvals showed an 18.7% year-on-year rise, proof surely of a market running rampant? 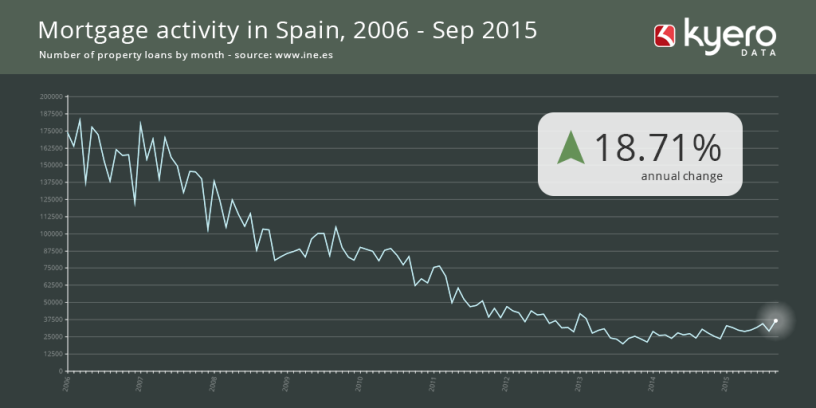 Transaction data from the notaries and registrars shows a very similar pattern: Huge tumbles through to 2013 and a steady rise ever since. The property market is still at a very low ebb compared to the boom years and even triple digit rises would leave us a long way from the boom and bust of 2003 – 2013.

Any talk of bubbles is grossly premature.

The Spanish property market is heavily influenced by international buyers and data from Spanish registrars shows around 18% of the national market to be overseas investment. Regionally it can be much higher; in Alicante fully half of purchasers are foreign.

That leads us to look hard at indicators both domestic and international to track the health of the market.

First up the domestic picture, which remains the prime engine for a market revival. The national economy is rebounding and GDP in Spain is currently up 3.4% year-on-year – more than twice the Eurozone average. 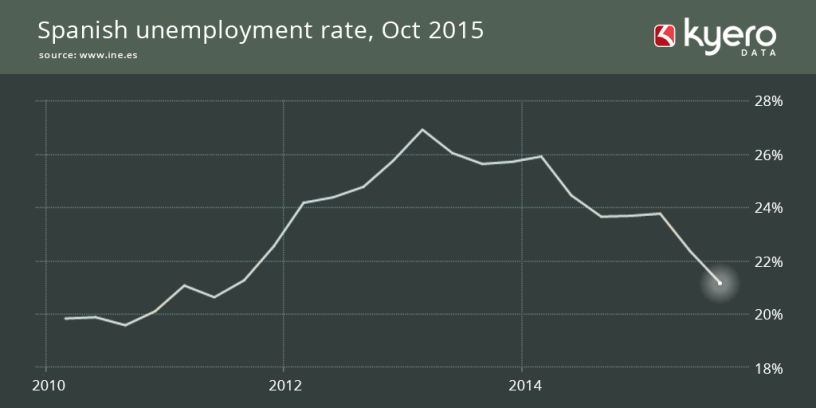 However GDP doesn’t tell us anything about real consumer purchasing power so it’s worth checking other indicators. There are two in particular that we find encouraging: Spain’s eye-watering levels of unemployment are [finally] coming down, while the cost of living (CPI) is also downward.

More jobs and more purchasing power for Spaniards is a healthy platform for growth.

On the international front things look equally rosey. Overseas buyer sentiment is hard to measure but there are proxies: We tracked arrivals from UK airports through the boom and bust and they follow an unsurprisingly similar trajectory to the housing collapse. Brits and Germans are the engine of international investment and when they stop coming, the market gets hurt. 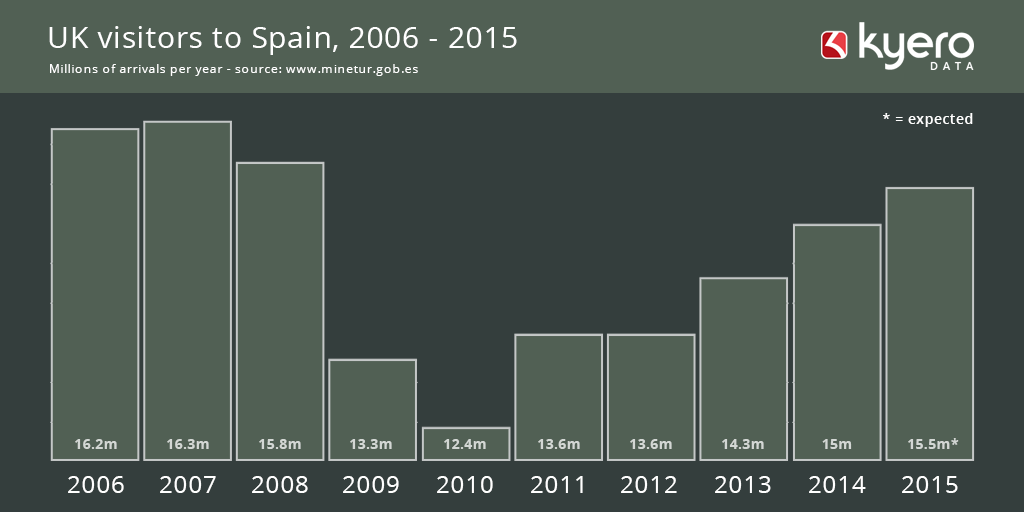 The Brits are coming! [back]

In 2015 Brits are returning in strength and their love affair with Spain appears to have resumed. A strong Pound is also giving them considerable spending power.

More widely, government data shows international buyers forming an ever larger percentage of the market, including a surge in interest from China. Latest figures from Kyero.com show a 46% growth in overseas enquiries year-on-year.

A recovering market is still susceptible to problems. There are plenty of ways to put the brakes back on and our chief concerns for 2016 are:

When looking for the best places to invest in a Spanish property, we ignored wobbly price data and instead went looking for the ingredients of a steady and prolonged recovery. We wanted to see healthy domestic demand and a strong base of international investment.

We then ranked every province in Spain on a range of indicators from unemployment and domestic mortgage activity to transaction growth and international buyer activity. These are our results, in order of market health:

Unemployment remains a big problem here but the sheer size of the overseas market more than offsets domestic woes. With half the market made up of international investors and very strong increases in sales volumes, Alicante is a place to feel good about in 2016.

International investors (particularly Germans) love the Balearics and they have driven strong growth in sales in 2015: Foreign investment is now over 40% of the market. Meanwhile the Balearics has one of the lowest unemployment rates in Spain making a happy overall picture.

Home to Spain’s best known Costas, the province of Malaga remains a strong performer with similarly high levels of international investment and steady growth in sales this year. The blot is its 29% unemployment rate, exacerbated by a seasonal tourist industry.

Costa Calida’s “warm coast” gives Murcia a market very similar to Malaga’s, only smaller. Sales are up, domestic lending is up and overseas buyers form a quarter of the market, with much higher concentrations by the coast.

This research was conducted by Kyero.com who provide international buyers with over 200,000 properties from 3,000 agents for sale and to rent throughout mainland Spain and the islands. 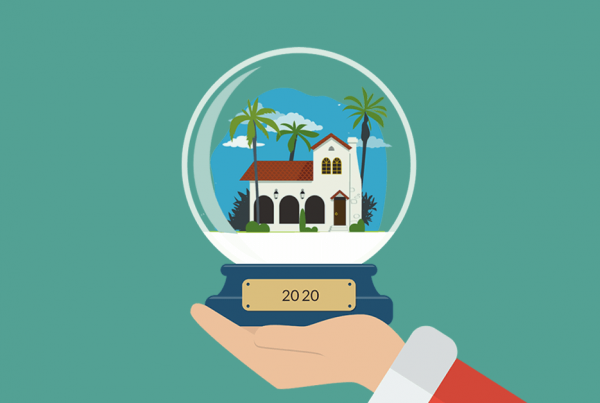 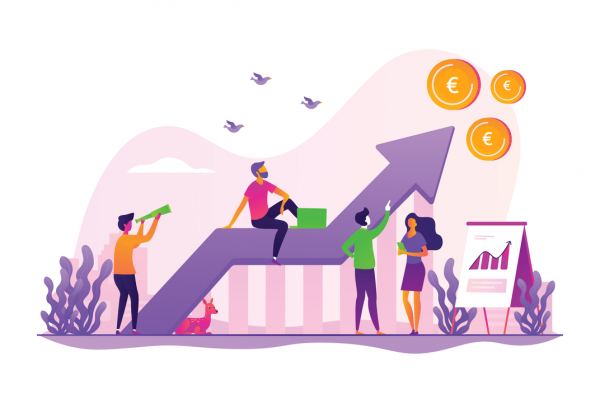 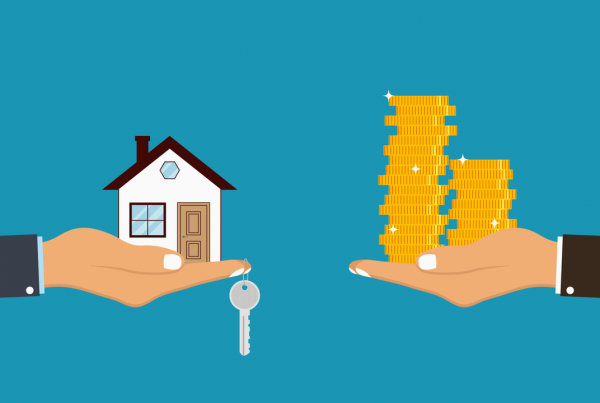